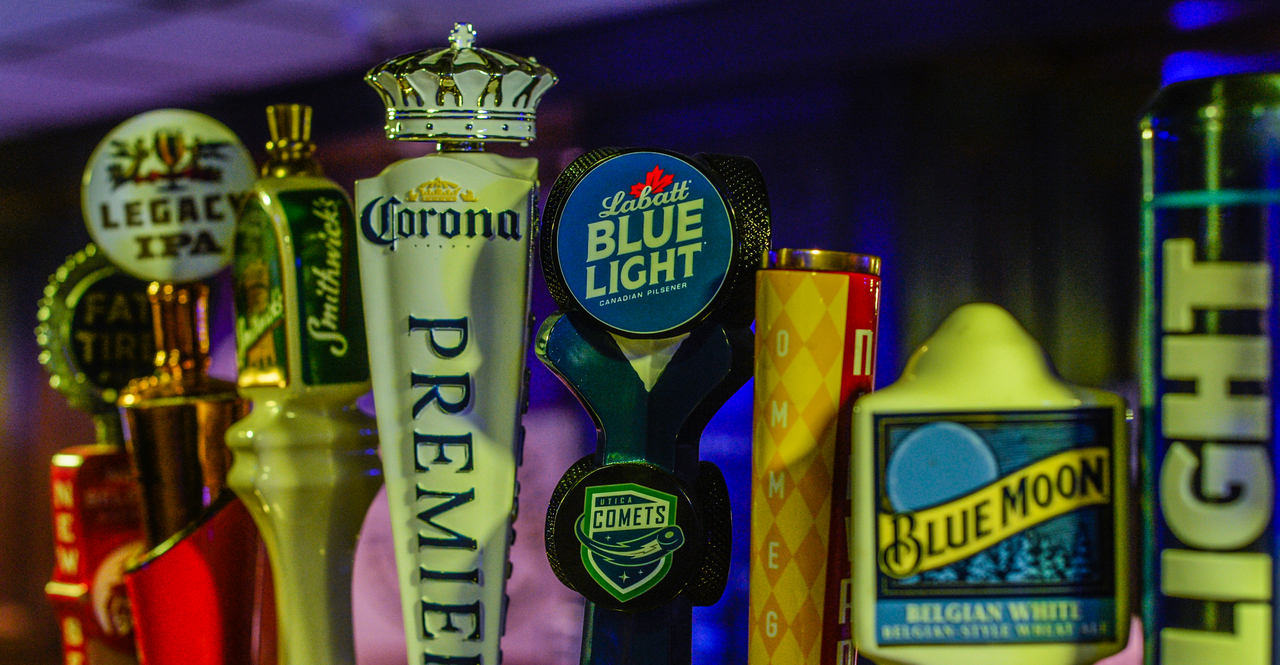 Located under the Whitesboro Street side of Adirondack Bank Center, Kilfoil’s caters to the strong population of Uticans with ties to Irish heritage.

Kilfoil’s, the Irish Pub as it has come to be known around the Mohawk Valley, opened in late November 2013, is a can’t miss stop for season ticket members during Utica Comets games and serves the Corona Premier Biergarten during all Utica City FC games.

With Ireland being the theme, guests are treated to an array of Irish themed beers and decorations that will leave them saying Erin Go Bragh. Fans can enjoy a pint of Guinness before or during all Comets home games, with a live feed from the ice streaming alongside that night’s NHL action on the televisions within Kilfoil’s. Special City Pints are available during all UCFC games to keep fans hydrated as they cheer for the Biergarten!

Kilfoil’s gives Comets season ticket members another perk for their support and dedication to the organization. The Irish Pub has successfully given Comets fans another place to combine two of the things they like most: hockey and beer.